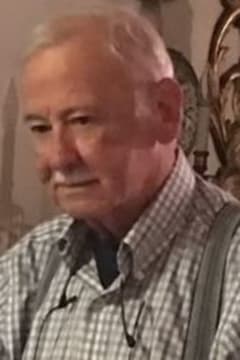 Commander John Charles Powers, II, of Bradenton, FL, and formerly Rockville, MD, and Omaha, passed away on Thursday, May 20, 2021 in Sarasota. He was 79. He was the husband of Jane Todd Powers. The couple had been married for 30 years.

Born in Pender, NE, he was the son of the late John and Beryl (Blanton) Powers. He was a graduate of Cathedral High School and attended Creighton Memorial/St. Joseph Hospital-School of Nursing in Omaha where he was selected for the Officer Candidate Nursing Program. He began his first assignment in the Navy as a staff nurse at Bethesda Naval Hospital. He was later selected to the Navy Nurse Anesthesia Program and attended George Washington University and Great Lakes Naval Hospital, graduating in 1972.

During his career he assumed the position of Senior Nurse Anesthetist at the National Naval Medical Center in 1984. He served as the Surgeon General’s Advisor for Nurse Anesthetists Affairs and as President of the DC Nurse Anesthetist’s Association on a local and national level. According to one of his many citations, he was considered the Navy’s top expert in nurse-administered anesthesia during his tenure.

His military awards include:

The family remembers him as someone who loved his job and worked every day he possibly could. He brought competence, comfort and his quick-witted humor to patients and coworkers. John extended his lightness, generosity and love of life to all those around him. He enjoyed baking for friends and family, demoing new technology and humbly sharing his wealth of knowledge on countless topics. He was well loved and will be greatly missed by all who knew him.

Surviving with his wife are his sister, Mary Lynn Rankin, his brother-in-law George C. Dungan, his three children, John Powers, III of Omaha, Michael Powers and his wife Sarah, of Bellevue, WA, and Patrick Powers of Chicago. Stepdaughters include Jennifer Todd of Narberth, PA and Karen, and her husband, Rod Stephey, of Monrovia, MD, six grandchildren and 12 nieces and nephews.
He was preceded in death by his niece Kathleen Dungan; sister, Maureen Dungan; brother-in-law, David M. Rankin, M.D.; and a brother, Edward Powers.

all I know about being a CRNA I learned from John Powers. So very many things I do in my day to day practice came directly from having worked with him or just watching him. There is suddenly a heart rending hole in the universe and the loss will be profound and enduring. I will always hear his voice, his gentle guidance, his laugh, his pearls of wisdom, and his influence for the rest of my life as I have since the days we were colleagues.
- Dean Cary
I can't think of any anesthesia professional who had the pleasure of working with John who did not respect him or like him. He was a consummate CRNA and a role model for all the Navy and AF CRNAs who trained under him. His easy going personality and incredible sense of humor made it easier for all of us "nuggets" to absorb the pearls of his knowledge and experience. I feel so fortunate to have had the privilege of working with him and sharing his friendship. RIP CDR. We will all miss you.
- Glynn Galloway
A really great man who helped me and countless others, me as a SRNA in the early 80s. So very long ago, but it seems like only yesterday. He made doing anesthesia look easy , that you could do it, and if you were having difficulties, well, you're not the first, nor will you be the last. A very kind man, who for all of his many accomplishments, never lost his humanity. A great loss who'll be sorely missed.
- Joel LaRose

John was a very kind and thoughtful person.Always there to listen,shared his knowledge and never entered a room without a smile on his face. God Bless you John
- Monica Jacobson

My dearest memory of John is the night he came to relieve me from my 24 hr in house OB call. My mother was in another hospital after a car accident and MI. John had recently had knee surgery, but came in on crutches so I could get out. He was the best and such a great person. Cheryl Parks
- cheryl parks

Too many memories to recount. There was one time when I was a SRNA and we were doing an interscalene block...actually I was trying to do an interscalene block and not having much success. I look at John and ask for help and he says well I am not sure either but try right here and of course it was perfect. He was always so humble but so so smart. Also if you ever followed John in a room there was always candy in the top drawer of the cart!!
- Michele Baxter
John was a mentor to so many. We will miss him dearly.
- Paul Austin
I knew Jane & John in the 70's and 80's in Rockville,Md. John loved to cook,got interested in antiques, & was a good family man. Generous to a fault. Godspeed.
- G. Blair Bauer

John was one of finest and cannot be replaced. I love and miss you. Snook & Bob
- Kay Harrison