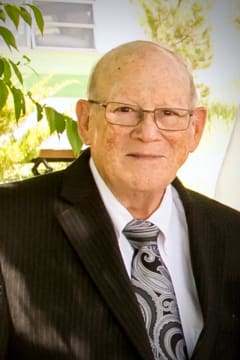 Herbert Larry Wolf passed away May 11, 2021 at the age of 81 in his home in Sarasota, Fla. The cause of death was cancer. Born in Macon, Ga. in 1939, he graduated from Macon’s Lanier High School in 1960. Attending the University of Georgia, he was a member of Tau Epsilon Phi, and graduated in 1964. Achieving the rank of captain with the United States Air Force, Herb served four years at the Wright-Patterson Air Force Base near Dayton, Ohio. He supported troops overseas as a part of the Air Force Logistics Command. He earned a National Defense Service Medal, and was honorably discharged in August of 1968. Herb then worked in banking before co-running a family-owned dollhouse and miniatures store in Roswell, Ga. After that, he ran his own freight expediting business until retirement. He loved to crack jokes, and had a fondness for dogs, particularly his dog Misty, who lived a long life for a canine thanks to his care. Later in life, he enjoyed playing poker with his friends, socializing and reading suspense and spy novels. Herb is survived by his wife, Joyce Wolf; his daughters Stephanie and Jennifer Wolf; his grandchildren Essa Wolf Taylor and Madeline Wolf O’Hair; and his brother, Leonard Wolf. He was preceded in death by his parents Zelig and Slyvia Wolf and siblings Sherry Friedman and Beverly Isaac. In lieu of flowers, donations may be made to the American Cancer Society or The Patterson Foundation, which supports initiatives at the Sarasota National Cemetery.

We lived next door to Herb and Joyce and Misty, in Roswell, GA for many year's. My daughter Nicki grew up with wonderful memories wearing Stephanie's ballet skirts for years. Misty loved us and we loved her. One of my favorites Herb memories was a winter when we had so much snow the interstate closed down. It was the winter Olympics and Nicki and I were watching world champions heading down steep slopes. We decided to get the sleds out and since our street was closed, went to the top of the hill and came flying down. I was feeling exuberant! I went up a steep driveway for my third run and was booking it. Well, Herb and Misty were standing in the road. If I went straight I would hit Herb and we would both go down. Or, I could grab Misty and spin out of control. Lol. At the last minute I choose our neighbors yard across the street. That was the end of my sledding and potential Olympic life. We all survived. We love you Herb and Joyce and will miss him greatly. Fondly, Karen Miglionico
- Karen Miglionico