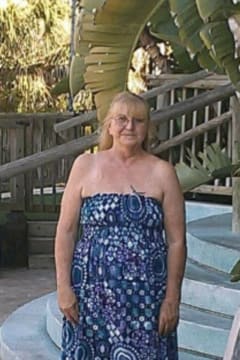 Janice “Janet” Sutton, 72, passed away as a result of health complications on April 13, 2022, at Trinity Hospital in Trinity, Florida. Janet was born in Kokomo, Indiana on October 10, 1949, to James Powell and Inez Nichols. She graduated from Saint Mary’s Catholic school. Janet enjoyed spending her time gardening, playing cards with family, and doing puzzles. Janet loved preparing big dinners for special occasions. Janet was the kind of woman who “never met a stranger”. She could strike up a conversation with anyone she met. Janet is survived by her three daughters: Chris, Nichole, and Johanna; eight grandchildren and seven great-grandchildren. Janet will have a “Celebration of Life” on May 7th at 9am at Green Key Beach in New Port Richey. Flowers and donations may be offered at: 8718 Spanish Moss Dr., Port Richey, Fl. Condolences can be made at: www.internationalcremation.com.