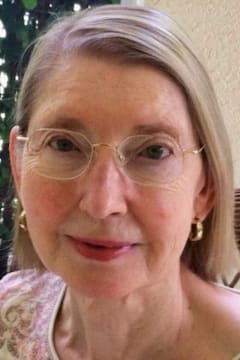 Marika (Roop) (Redd) Nurk died peacefully after a long illness on June 1, 2021 at her home in University Park, Florida and is laid to rest at Memorial Park Cemetery in Skokie, Illinois. She was born on September 8, 1936 in Narva, Estonia to Sergei and Sabine (Mahl) Roop. Her childhood was upended by the chaos and devastation of World War II. In the first Russian occupation of Estonia in 1941, her father was forcibly separated from his family and mobilized to fight with the Red Army. During the later fighting between the Germans and Russians, her mother escaped with Marika and her younger brother, Reno, moving from Narva to Viljandi, because of the bombing. Their house was leveled two weeks after they left. From there, they left Estonia and made a harrowing journey by ship to Riga, then onto Posen, and finally the Alps, constantly moving away from the front. When the war ended, they were settled in an apartment in the Displaced Persons’ camp in Augsburg, Germany, which they shared with another refugee family for five years. There she attended an Estonian school. In 1950, her mother married an American army officer, Jim Doster, and the family emigrated to the United States and began a new life. Marika was very bright and mastered English quickly. She graduated from Fort Bragg High School in 1955 and went on to pursue a career in education. She graduated from Chicago Teachers’ College and spent many years working at Taft High School in Chicago where she taught in the Business Education Department. Throughout her life, she had an artistic eye and cultivated an interest in art, antiques, and design. She was extremely proud of her American citizenship, as she was of her Estonian heritage. She was an active member of the Chicago Estonian House and, more recently, the Estonian community in Sarasota. She will be remembered by all who knew her as resourceful, brave, sweet, generous, gracious, elegant, and open-hearted till the end. She is survived by her half-brother, Jim Doster Jr. and his wife, Myong; nephews, Alex Doster, Jim Doster III and his wife, Rebecca and their children, JD, Xiomara, and Felicity; her half-sister Inna Laikre in Rakvere, Estonia; and nieces, Elin and Ines, and their spouses and children; cousins in Estonia; and her sister-in law, Marjorie Roop. She was preceded in death by her parents, Sabine Mahl Roop Doster and Sergei Roop; her first husband, Lock Redd; and her second husband, Glenn Nurk; her stepfather, Jim Doster Sr., and her brother, Reno Roop. The family wishes to extend a special thanks to all the caregivers who attended to Marika. Beloved by family and friends, she will be deeply missed. In lieu of flowers, memorial donations may be made to the Chicago Estonian House, chicagoeestimaja.com.