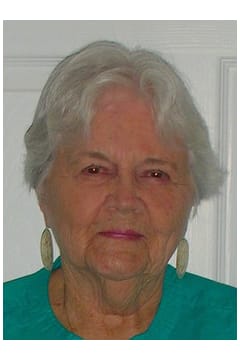 Peggy Thompson Wheeler, 93, of New Port Richey, FL, passed away peacefully on FebruaryÂ  11, 2021 at the LifeCare Center of New Port Richey. Born and raised in Birmingham, Alabama,Â  she attended Wylam High School. She left high school in her junior year to go to work sinceÂ  her father and brother were serving in WWII. She spent most of her work life as a switchboardÂ  operator, working for Bell Telephone, the University Hospital and the Veterans AdministrationÂ  Hospital. She later worked at the VA Hospital as a mail clerk and a pharmacy technician.Â  While working as a mail clerk, she received an award for redesigning the cart used to deliverÂ  mail to make it more efficient. Peggy spent most of her life in the Birmingham area, while livingÂ  short periods of time in Rhode Island and California. She spent 14 years in Florida in herÂ  retirement.Â Â

Peggy was a long time member of Garywood Assembly of God Church, and she particularlyÂ  enjoyed her Sunday School Class at Eden Westside Baptist Church. She loved to crochet,Â  play bingo, walk, do word search puzzles and play computer. She liked growing roses and birdÂ  watching. She enjoyed participating in charity walk-a-thons. Peggy was a gracious,Â  independent woman, who was considered a â??sweetheartâ?? by all who knew her. Her loving spiritÂ  and beautiful smile will be remembered by all who knew her.Â Â

A private memorial will be held at Valhalla Cemetery in Birmingham, Alabama at a future date. In lieu of flowers, memorial donations may be made to the Cerebral Palsy Foundation.Â