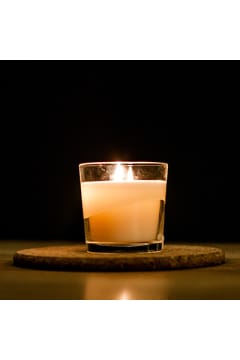 Ralph Donald Leedy passed peacefully at 10:31 pm on March 24th, 2022, at LifePath Hospice in Sun City surrounded by family - his wife Martha, daughter Jennifer, grandsons David and John, John’s partner Kelsey, and cousin Judy were all by his side holding his hand until his very last breath. The family stayed by his side, sharing laughs, tears and stories for hours while ensuring he was being elevated to his final rest with love, light, and laughter.

The last few days were fitful for Don. He was transported to the ICU with pneumonia and a number of other severe infections. As the family knew the end was near, my grandmother elected to remove his assistive breathing device and begin the hospice process, first with treatment in the hospital followed by a transition to the hospice facility. He was given Morphine and Ativan to keep himself comfortable, he got a shower and a shave, and truly went out in style.

He was first admitted to Bay Care Hospital on December 4th with a COVID diagnosis and he spent months going from rehab to the hospital to rehab and back to the hospital. His lungs were not functioning to capacity and over the course of treatment, he faced issues with his blood cell counts, and had rounds of radiated blood infusions. Over time, he discontinued eating, became less talkative, and the family knew it was nearing the end. Despite being a cancer survivor and surviving with MDS for 5+ years, it was COVID that was eventually his cause of death - impacting his lungs, his cognitive ability, and the overall destruction of his immune system. This recount of events is in no way political, but we do implore you to get vaccinated if you are not, if not for yourself, at the very least, to save other folks like Don.

Don was a wonderful man and an inspiring leader. He began his professional career as a CPA and eventually signed on full time at Fox Chase Cancer Center where he eventually became EVP and COO. He was dedicated to the furtherance of research to eradicating cancer, helping found the Alliance of Dedicated Cancer Centers as Executive Director that shares knowledge and resources between top cancer research hospitals nationally. During his career, he also reviewed project grants for additional cancer center initiatives for the National Institutes of Health, and consulted for the American Association of Cancer Institute. He embodied the systemic methodology and unyielding dedication to the American healthcare system to continue to bring us to the forefront of what is possible. In his retirement, he served on the board of AMI Kids, a non-profit to help rehabilitate and support troubled children.

We ask for patience and grace at this time. His wife, Martha, especially appreciates the messages of love and support but they are all a bit overwhelming. The family asks that for now you send an email to [email protected] with your memories, pictures and anything else you’d like to share about Don. Martha will read and respond in time, treasure the photos, and use them as part of a memorial service to take place at a later date.

A loving husband, father, and “Poppo” (grandfather), supportive mentor through his life, and dedicated businessperson.