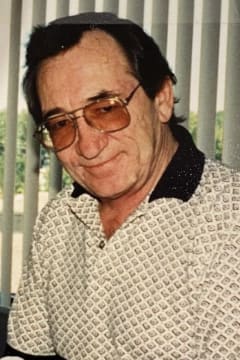 William C. “Bill” Thayer, 75, of New Port Richey, FL passed away peacefully on May 27th, 2022. Born in Minneapolis, MN, he attended Sacred Heart Elementary School in Robbinsdale, MN up until the 8th grade, attended Benilde High School in St. Louis Park in 9th grade, and then attended and graduated from McGregor Public Schools in McGregor, MN where his parents owned and operated McGregor Lanes Bowling Alley. At the young age of 12 or 13, Bill worked at Tower Pines Resort on Big Sandy Lake as a garbage collector and was well known for crashing into trees with the garbage truck, which is when he first caught the eye of Judy Hall. A year after his high school graduation, Bill married Judy January 15th, 1966. They moved to Seattle, WA in 1967 where Bill was hired on and trained by Boeing as an airplane mechanic. They lived on Bainbridge Island which required commuting by ferry daily to work. Bill and Judy moved back to Minnesota where he began his career with Northwest Airlines, purchased a home on acreage in Prior Lake, and raised three children. In 1982, he and Judy divorced. During his 34-year employment with Northwest Airlines, he was stationed in Minneapolis, MN; Seattle, WA; Honolulu, HI; and Tampa, FL. Bill’s hobbies included the rare skill of water skiing while smoking cigarettes; hunting ducks, geese, pheasants and deer; fishing freshwater and saltwater; picking fights in public places and earning law enforcement escorts, another rare skill; he was a lover of animals and flowers; he didn’t conform to rules; he loved to bowl and even possessed a gold colored bowling ball; enjoyed casinos and lottery tickets; buying and selling Cadillacs; driving while clipping his fingernails and steering with his knee while also watching his fuzz buster; telling folks “it’s none of your business” and “that’s bullsh!t.” Bill’s famous nickname was Tug Boat Billy, given to him after sinking two wooden boats in his younger days. He was preceded in death by his parents Oren F. Thayer and Rosemary V. (Kloss) Thayer, and brother Oren M. “Mike” Thayer. He is survived by his longtime partner of 29 years Chun Grala, sister Mary Thayer Davis, daughter Shari (Mike) Eischens, son Peter (Erica) Thayer, daughter Jennifer (Joseph) Gallus, ex-wife Judy (Larry) Weiland, 17 grandchildren, 8 great-grandchildren, and multiple nieces and nephews. A celebration of life will take place July 9th, 2022 at McGregor Lanes Bowling Alley in McGregor, MN from noon to 3pm.